What's going on here then? Chance pictures from an iPhone without any apparent skill at all.

This first picture was taken in a relative hurry. Son was itching to drop into the bowl so I just grabbed my phone and took a quick pano. The results, the lighting, the mood, are much better than I expected to get.

This is even more surprising. We're on a chairlift and I'm twisted round in my seat. Phone camera is popped onto square and I'm hoping that I can hold it steady and keep the picture in frame. The result is my favourite of the winter. It has an amazing tilt-shift feel to it. 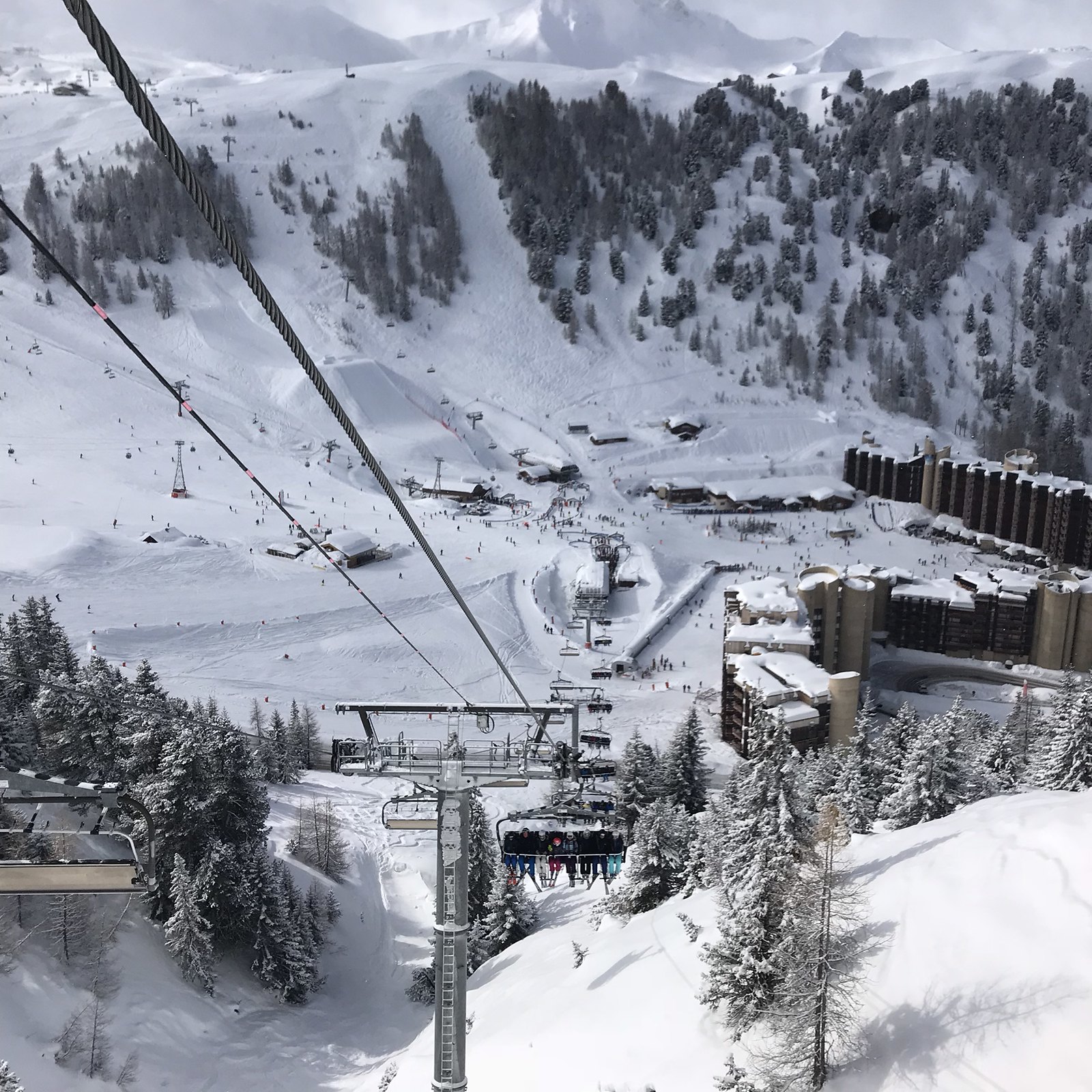